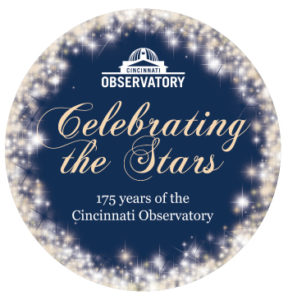 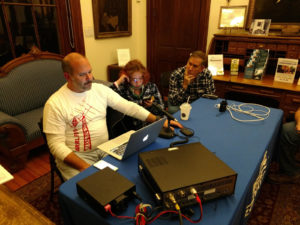 On Friday November 9th, several members of OH-KY-IN activated the Cincinnati Observatory Center as a special event station to commemorate the Observatory’s 175th anniversary. Using the club’s callsign K8SCH, the club’s Yaesu FT DX 1200 radio SSB1 and a G5RV antenna hanging from a pine tree, Julia KE8IUU, Drew KE8JTL, Justin KE8COY, Rick KD4PYR, Rocky KE8DZS and Cesi KD8OOB were able to make 13 successful contacts in a three hour period. Operations started on 20m and then shifted to 40m as the band faded. 40m was a challenge as SSB1’s internal antenna tuner was not able to find a good match to the G5RV antenna, but successful QSOs were still made. Several other operators attempted to make contacts off-sight throughout the weekend with Rocky successfully adding two more QSOs to our total.

All told, 15 contacts were made with nine on 40m and six on 20m. Most contacts were on SSB with two made via FT8. Locations ranged from local contacts in Cincinnati and Anderson Township to Michigan, North Carolina, Florida, Louisiana, Oklahoma, Texas,
New Mexico, Idaho and Montana. 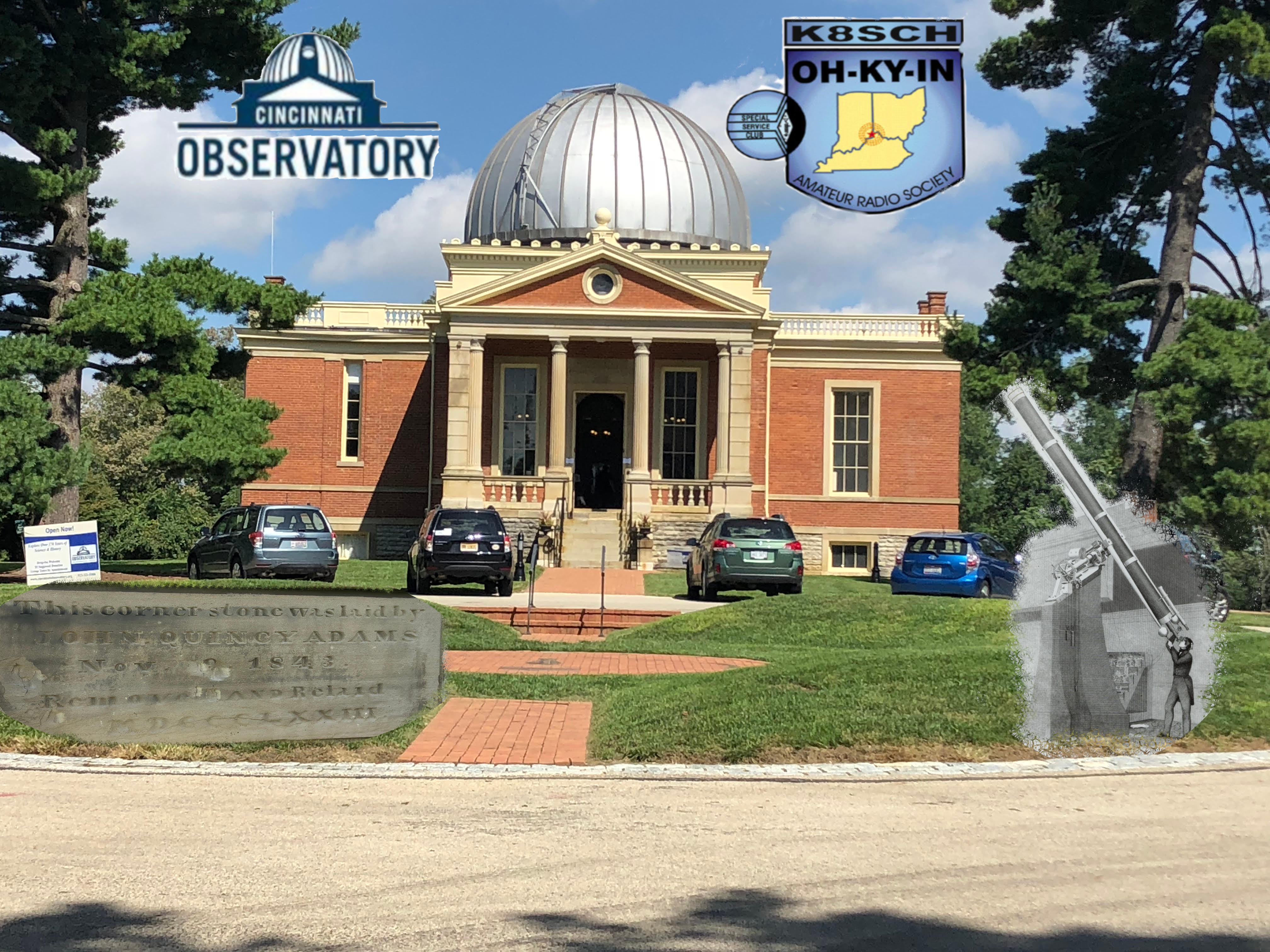 About the Cincinnati Observatory Center:

One of the oldest observatories in the western hemisphere, the Cincinnati Observatory Center is known as “The Birthplace of American Astronomy.” In 1842, Cincinnati professor Ormsby MacKnight Mitchel began collection funds to purchase a telescope and building to house it. The people of Cincinnati were generous and he was able to purchase an 11-inch Merz and Mahler refractor, which is still in use today, and erect a building to house it. The original observatory building was built on 4 acres of land donated by Nicholas Longworth on Mount Ida, a prominent hill overlooking Cincinnati from the east. On November 9th, 1843, former president John Quincy Adams presided over the dedication of “The Lighthouse of the Sky” and helped lay the corner stone. In honor of this final speech by President Adams, Mount Ida was renamed to Mount Adams, as it is known today.

The Observatory has since moved further east to a hill in the Mount Lookout neighborhood of Cincinnati due to air pollution from the city basin and has been designated a National Historic Landmark. The original 11-inch Merz and Mahler refactor telescope is still in use and available to the public. While bigger, more advanced telescopes are making the big astronomical discoveries today, the Cincinnati Observatory Center hopes to further astronomy education and inspires astronomers of tomorrow.

This entry was posted in frontpage, Special. Bookmark the permalink.